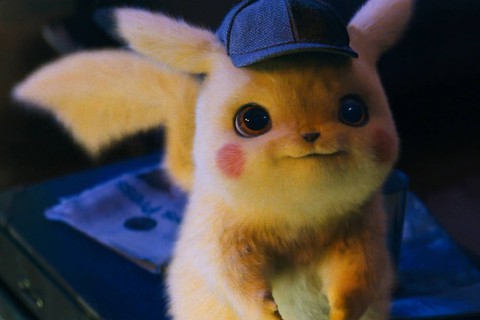 In December, I first saw the preview for the Detective Pikachu movie. I was, to be quite honest, totally delighted by what I saw:

Below, I’ve shared my review (and given context on my relationship with the Pokemon franchise, so you’ll be better able to decide whether or not to go see Detective Pikachu in theaters!).

If you’re debating between movies at the box office, I would recommend you see Detective Pikachu – but only if you loved Pokemon as a kid. If you weren’t into them then, you likely won’t be into the movie now.

<< SPOILERS AHEAD, MATEY! CONTINUE AT YOUR OWN RISK!>>

I wasn’t into trading Pokemon cards as a kid, but I was into collecting them. While other kids traded up to get more valuable cards, I gleefully purchased cards, put them in the little plastic pocket thingies, and flipped through my hoard daily.

I’m more “Ariel in her cave” than “Pokemon Master,” turns out. I did watch the TV show (Team Rocket is queer, don’t @ me), and I really really loved the Pokemon stuffed animals.

<<I also enjoy sounding off on Twitter and Facebook, so if you’re looking for content from a creative trying to get shit done – come hang out!>>

And the film taps into that nostalgia. The main character, Tim Goodman, is 21 years old. At one point, the film shows him going into (what would have been) a childhood bedroom, complete with Pokemon posters and a Pikachu headboard. I would bet most of the millennial audience (the older half, at least) saw their childhood bedroom in that scene.

This theme of “growing up,” makes the casting of Ryan Reynolds as Pikachu make total sense. My friend Jacob Nierenberg put it best when he said something to the effect of, “Pokemon kids are in their 20’s and 30’s, and we need a little more ‘adult’ humor. Reynolds offers adult humor, while still tapping into the sort of slapstick humor we got as kids.”

Real talk, I would watch a whole series of movies featuring Ryan Reynolds playing Pikachu. It was THAT funny. Also I adore self-deprecating humor.

Like, can we get an “Adventures of Detective Pikachu” franchise? I know with the movie ending that won’t work, but seriously y’all – SO FUNNY. I want a snarky Pikachu solving crime and dealing with the shenanigans of other Pokemon.

Pokemon are Freaking Cute, So There

Another main allure of the film is how CUTE POKEMON ARE IN REAL LIFE. The scene featuring a little flock(??) of Bulbosaurs really brought a smile to my face. Also seeing the Pokemon interact with each other was fun.

POKEMON ARE CUTE, AND WE COULD USE SOME CUTENESS IRL.

Okay, so not to be petty (but to be petty), here are some my main beefs with the writing and character development in the film:

Let It Be a Fun Watch

Overall, my advice is this: Get out of your film buff brain, and just enjoy the show for what it is. Let yourself be delighted. Enjoy seeing little Pokemon beebs beebopping around.Give yourself permission to reconnect with your childhood, and leave your ~Film Critic~ self at home.

How Long Does it Take to Learn Chinese on Duolingo? | Self-Quarantine Hobbies 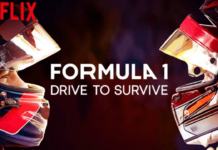 Will There Be a Season 3 of Drive to Survive?| What to Watch Next for New F1 Fans

17+ BEST Plus Size Swimsuit Brands | Where to Shop for...