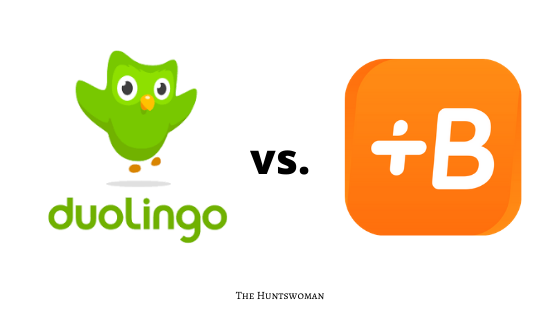 One of my big regrets in life is not taking learning a language SERIOUSLY while going through K-12. I had access to some really great French instructors, and I squandered it.

In the past, I told myself that I’m “just not good at leanring languages!” as an excuse. I have a learning disorder (issues with short term memory processing), and learning requires me to do a LOT of repetition.

Babbel or Duolingo which is better?

Then, last year, I decided to get over myself and get serious about learning a language. Even if I wasn’t perfect, I knew that the benefits (both in mental acuity and in my business), would be worth it!

Learning a Language on Duolingo – Time

I started on Duolingo, soon upgrading to Premium to blast my way through French classes.

I had a good streak going, but I soon became discouraged once I did the math on how. long it would take me to learn a language on Duolingo – if I did ALL the lessons. I wrote a whole post on that here.

Is there a better app for learning languages?

While at drinks with my friend Nicole, she told me about how she had used Babbel (and then Fluent City tutoring) to learn Spanish. Nicole works as a lawyer in a technology company, and increasing globalization means knowing more than one language is critical.

So, I decided to give Babbel a try! Below, I’ve shared my experience with the app, and I’ve also included tips on whether you should use Duolingo or Babbel to learn.

I don’t think there is a BEST app for everyone – so I’ve shared factors that will help you make the choice.

I’ve also included a bit on user experience and branding, for my fellow app design nerds!!

#1: Cost: Duolingo Plus vs. Babbel

Duolingo has a free version, while Babbel does not. If you’re serious about learning a language on Duolingo, I recommend that you buy premium – the ads take a lot of time.

#2: Languages Available on Duolingo vs. Babbel

This is where Duolingo shines, as the platform offers quite a few more languages than Babbel.

Babbel, on the other hand, is a bit more eurocentric.

<<RELATED POST: HOW LONG WILL IT TAKE TO LEARN A LANGUAGE ON DUOLINGO??>>

#3: Speed of Learning on Babbel vs. Duolingo

Okay, now we’re getting into the nitty gritty of learning a language. I’m not an educator, but on my end of things, Babbel goes MUCH MUCH more quickly. Duolingo.

There’s a lot loss repetition on Babbel versus Duolingo, and Babbel starts throwing full sentences at you from the get-go.

Duolingo has much more repetition.

Both apps use your phone’s microphone to practice speaking, and they both have listening and spelling components. When typing in a translation into Babbel, getting one letter wrong means you’ve missed the question. Duolingo gives you more space.

Weirdly, you can’t use special characters (ie é, è, ç, etc) on Babbel, but you can on Duolingo.

Takeaway: Babbel goes much more quickly than Duolingo, and allows for fewer mistakes.

#4: Learning Vocabulary on Duolingo vs. Babbel

As I mentioned before, you’re given much more time to practice vocabulary and new skills on Duolingo than on Babbel. In addition, Babbel introduces vocabulary MUCH more quickly than Duolingo.

Both apps have an emphasis on social vocabulary first (at least for French!).

The main issue with learning a lanaguage online and solo is being able to have conversations.

The conversation feature on Babbel is better than Duolingo, as you can see a script while different voices read the script aloud in conversation. The app also mixes in different accents speaking the language, making it so I could hear what a native British speaker sounds like when speaking French.

Okay, as someone who works in UI/UX, I find the user experience of both apps to be fascinating.

Duolingo has gone all-in on gamification, using encuragement and reminders to get people in the app and learning. I spent a good 4 hours one day on the app competing with other users, wanting to be in the top 5 for learning my language!

The colors are bright, there are fun characters and you get lots of badges and trophies.

Looking just at the graphics in this post, you can tell that Babbel uses photos of real people, things and places. The app is clear about its goal to make you speak the language ASAP. There are no trophies or badges, but this isn’t a bad thing!

I think both apps have pretty great user flows, and at the end of the day they’re designed for very different users.

Which is better, Duolingo or Babbel?

I don’t think that either platform is better, as they serve different user groups. Below, I’ve shared a profile of what I believe to be the kind of people who use each app:

What platform do you use?

I’m curious as to the experience of other language learners on Babbel and Duolingo, as well as other platforms! Share your experience with me in the comments or on Twitter!

<<RELATED POST: HOW LONG WILL IT TAKE TO LEARN A LANGUAGE ON DUOLINGO??>> 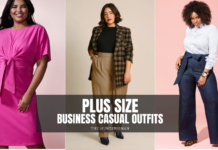 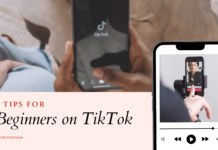 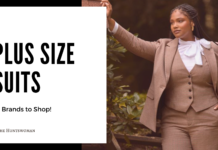 Plus Size Suits for Women (and Everyone Else) || Shopping Guide

What should you be paying your “Social Media Marketer”?

ASOS Launches “See My Fit” Feature|But Where are Plus Sizes?

Where to Shop for Plus Size Victorian Costumes | 31+ Costume Options

ABOUT US
The Huntswoman is an LGBT lifestyle blog dedicated to queer culture and politics, fashion, business and lifestyle. © 2022
FOLLOW US
© Newspaper WordPress Theme by TagDiv | Website Content Copyright 2022 by The Huntswoman LLC
279 shares