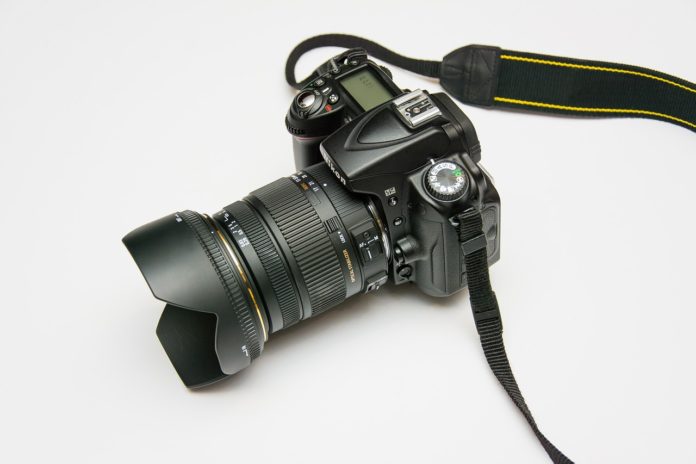 As you may have seen on Twitter, my Instagram Story or from other plus size bloggers and models – Universal Standards business practices leave a lot to be desired.  Especially how they work with plus size models.

I’ve been told 4 different pretty terrible stories from freelance and signed models who have worked with Universal Standard, who haven’t shared their story due to fear about being “blacklisted” by other brands.

Plus size model, La’Shaunae recently shared her story (she was the model behind Universal Standard’s latest viral campaign), on her Instagram Story.

The above photo of La’Shaunae went viral in October, as part of the announcement that Universal Standard was going up to a size 40.

The plus community *thought* they were doing better.  But La’Shaunae recently posted a series of images to her Instagram Story, which let us all know that wasn’t the case.

Note:  Originally, in the publishing of this post – I didn’t include a link to these images from La’Shaunae.  I worried about taking something temporary (Instagram Story frames are up for 24 hours), and making them searchable and permanent on the internet.

This morning, a  plus size friend, who is an activist and a woman of color, took me aside.  she shared with me that I was only sharing a white woman’s story (further down) – and not fully sharing La’Shaunae’s, I’ve felt kind of stuck.  We wanted to get this information out ASAP, because of a recent US model call in Seattle.  But I also don’t want to share screenshots from La’Shaunae’s social, without her giving her approval (and hopefully agreeing to an interview).

Buuuuuuut, in the world of allyship, intentions are moot.  Impact, not intentions, matter.

So, TL;DR – I now understand how this looks.  I’m sorry for coming across like I was coopting buzz about a WoC.  In retrospect, I should’ve held off on publishing the story below – until I had talked to more women.  I’m thankful for friends who call me in (or out) when I’ve messed up.

I am currently trying to write a more inclusive piece about La’Shaunae, and the experience of other WoC – but progress has been slow.  If you know La’Shaunae – or other models who have been hurt by Universal Standard – please contact me.

Below, Katana has shared her experience, in the hopes that it helps other plus size models negotiate with the brand – or decide not to work with them.  Katana is an experience model with years of industry experience, having worked with indie plus size brands and larger retailers. You can follow her on Instagram here.

Katana shared the bulk of her story below, and I helped by adding headings and organizing screenshots.  We’re hoping that this will help other models speak out.  The more people that speak out the less backlash one person gets. Thank you for sharing your story, Katana. <3

In the offer, Universal Standard never specified the hours I’d work, but the compensation was $400 for two days of work, with meals included. I thought that was a little low, but I thought that’s a nice chunk of change for  two 6 hour days – industry standard for photoshoots. The shoot started 24 hours from the time of receiving the offer email. I was excited!

The photoshoot would be in Seattle, and I live in Portland.  I requested additional budget for transportation and accommodations to travel to the shoot.

I was a bit embarrassed about not having my own transportation (I don’t own a car), so I let them know that they could deduct my bus tickets from my pay.  Looking back, I know that was not the best decision. But opportunities – paid ones at that – are not common in the PNW.

I really was so excited to work with Universal Standard. I didn’t want the inconvenience of my bus tickets they’d pay for to hinder my chances with working for them.  I knew that e-commerce images could really help my career forward – even with the low pay of $400 (now minus $48 for a round trip bus ticket).

I would advise models in this position to ask for the brand to cover these costs, as that’s best practices.  If a brand with VC funding really wants to work with you, they should have $50 for bus tickets.

Accommodations Covered – Or So I Thought

From our communication, Universal Standard staff tell me they’re going to get me an AirBnB.  A few days before the shoot, they reach out and say it fell through – and I’d be staying in the photographer’s studio apartment in Queen Ann.  I happily and gratefully accept.

The Creative Director for the shoot, Kate Carrol, picked me up from the station.  She got us both a Lyft to the studio to drop my stuff off, and we went to dinner.  She pays for dinner on the company card. She’s funny, and not at all pretentious – we get along great.  She told me, “It’s great that they have a free place to put models now so that allows for a budget to hire models outside of Seattle, as a hotel would make things over budget!”

Note:  This was said in person but EVERYTHING else is in text and there’s NO talk of me paying for my own stay. I have ALL of the receipts.

The Most Insane Photoshoot of All time

I realized that I should’ve requested more information when they first reached out.  But I was already in Seattle, and I had already agreed to work with them. During the shoot, I brought up my disappointment at the failure to communicate 12-hour days, and the CD offered me $200 in store credit.

I’m on time to each day of work.  To be frank, I worked my butt off and worked overtime – and I missed my bus back to Portland.   I had to stay an extra night in Seattle. I was totally ok with it for the sake of helping the process. I was hoping to build a long term relationship with the brand.

Another important thing for other models to know is how exhausting working with Universal Standard is.  I wasn’t permitted to sit down (didn’t want to wrinkle clothing), and I wore high heels for most of the 12 hours.

Important to note is that the team I worked with ALSO worked their hearts out, and they all treated me well.

At the end of my second day of work, the director says “I totally forgot to bring your check! I’ll PayPal you!” This was Sunday night.

I text her later that evening with my PayPal info. No money was PayPal’d Sunday night nor Monday. So, Tuesday morning, I reached out. She PayPaling an hour later.

I thought, “Surely that’s a mistake!” So I message her such.

She then tells me I was charged for the studio at $85 a night (two nights they charged me for which total $170 and then minus the $24 in bus tickets). Which left me with half of the original and accepted offer.

I responded that  I would have just stayed with a friend in Seattle, had I known they were charging me for my own stay.  I would never have accepted the offer if I had I known I’d be paying more out of pocket than what the job even pays. I WOULD NEVER PAY TO WORK.

She admitted that it was her fault for not communicating that (I have full receipts on her admitting that). “BUT we’ll hook you up with store credit.”

So instead of paying me for HER mistake, I literally paid for it. I instead was simply offered in store credit (that was already previously offered) to me in addition to the original $400.

Real talk:  I’m poor. Because the job was offered 24 hours before the call-time, my dear friend loaned me $80 and another $25.  I used this to pay for my lyfts and for dinner after shoot days.   After paying everyone back i had $88.

And, of course, I had to accept the PayPal charges. Even though the only reason we had to use PayPal was because the Creative Director forgot my check.

Getting Paid Through Social Media Shaming

I debated sharing my story on social media, because I don’t want brands to think I will gaslight them publicly.  However, losing out on a couple of hundred dollars has a big impact on my life. I was in the *hole* from working with Universal Standard.

After sharing my story, one of the co-founders of Universal Standard reached out.  She told me she was “ not happy about my experience” and asked what she could do to make me feel better.

I asked her to pay me what I was owed.

Just a heads up, if you’re shopping at Universal Standard online, they’re using my body as an example of a size I am not.  On the website, they say a model is wearing a larger size than she is, to be more “flattering.” They did this without telling me. I was told I would represent the size that I am.  In real life, I’m a size 24/26, and on the size I’m a size 30/32.

I Know I’m Not Alone

If you’re a professional plus size model (freelance or signed) and you would like to share your experience (of any kind!) working with Universal Standard – please contact me. 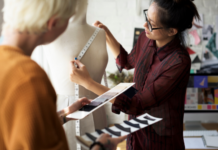 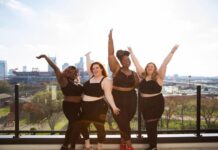 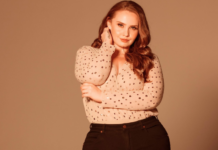 How to Become a Plus Size Model | Advice on Casting, Portfolio & Agency with Hayley Herms

I Love These “Queen Bee Earrings” from Natalie Wynn Design

How to Stand Out at a Professional Conference | Business Conference...