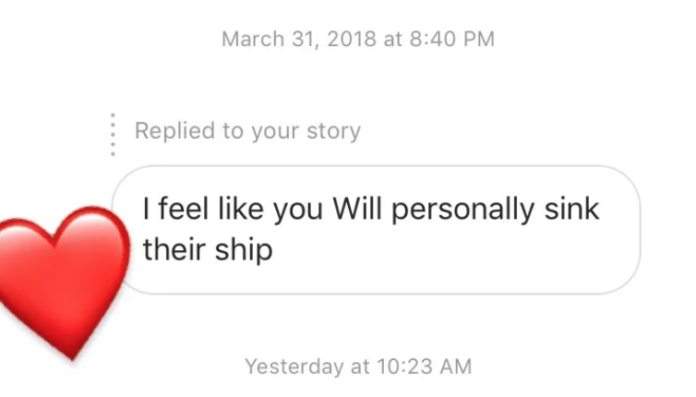 Today, I received an Instagram DM from a blogger bestie (after sharing some of my concerns about Universal Standard), that said, “I feel like you will personally sink their ship.” 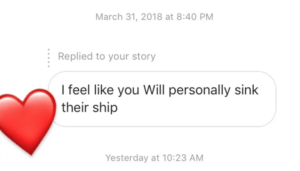 And, while this made me chuckle, because I’ve been doing activist work for a decade (I was NOT the favorite person at the Stanford press office), and I’ve had to run quite a few “WTF DO WE DO?” PR strategy meetings for brands that have messed up, I wanna be clear:

I don’t want to sink their ship. BUT, I do want them to step up and do better.

I’ve been vocal in my critique at Universal Standard, so I’d like to share how the brand has messed up (community accountability ftw), and how they can do better.

The whole point of having a blog is to share opinions, ya know.

Also, because Universal Standard doesn’t believe in paying/partnering with bloggers, I figured a post like this is the only way they’re going to get thought out and honest feedback.

With most new plus size brands, I can clearly remember where I was and what I was doing when I learned about them.  It’s kind of like when people talk about where they were for a major political moment or crisis, but fashion blogger style.

I first considered adding their clothes to my cart when my friend, Suma Jane Dark, started posting about them.  Suma is a minimalist, and they know quality. They know aesthetic. After Suma wrote about them, and I learned about the founders roots in finance, I started paying attention.

But then, over the last 6 months, they’re really effed things up.  They’ve received huge amounts of investment money (compared to other plus brands), and they’re serving an upscale and almost luxe market – in a time where merchandisers say things like, “Fat women don’t buy clothes, and they NEVER buy expensive clothes.”

Again, while I’ve been a vocal critic of Universal Standard, I don’t want them to fail.  We, the plus community, need them to NOT FAIL.  But growing disillusionment with the brand is causing consumers to regretfully decide not to buy, because, in the end, it doesn’t matter how well the clothes are made.  It matters how the company engages with and responds to their customers.

When Universal Standard announced their “Nationwide Model Search,” the plus-size community felt pretty optimistic.  It seemed like the plus-size brand was really trying to increase representation. 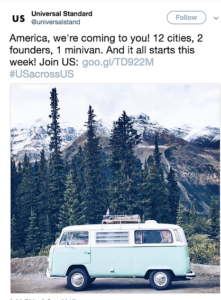 Their campaign paired the brand’s pop up shops in 12 cities a across the USA with a model search.  Again, marketing wise, this was brilliant.  A great way to get word of mouth out about the brand in specific areas was doing a model search!  They teamed up with an agency, and made sure to emphasize that the winner could potentially get a contract with Lions Model Management.

But then they announced the winner.

And, this is when the proverbial plus size internet broke.

I’m gonna need plus brands to stop doing models calls if they refuse to pick anyone over a size 14. 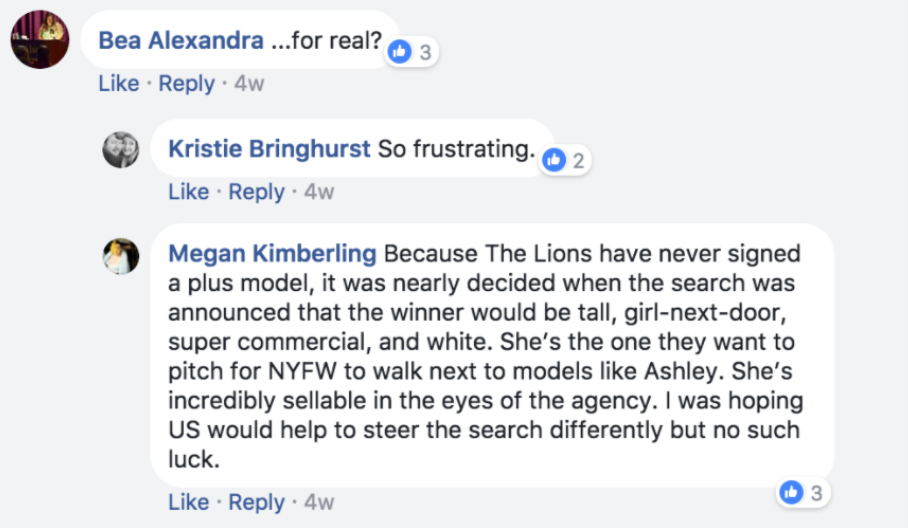 Wasn't the whole point of the @universalstand model call to work with a model who wouldn't otherwise get a contract???? Like a size 14(?) white woman can get a contract a lot easier than other finalists? come on y'all https://t.co/NAool6L0tF

Y’ALL.  They conducted and PROMOTED a model search, over 12 cities, and they didn’t retain creative control.

Y’all, I don’t know who is making the PR and social media decisions at Universal Standard, but they have got to go… somewhere else.  Or go on a week long retreat with plus size branding people like Marie Denee who get it. 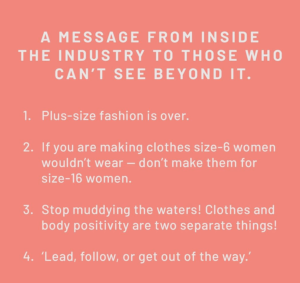 This post confused most people, and items #1 and #3 really ticked people off.  “Lead, follow, or get out of the way”?  For reals?  Leadership implies followers, and there is DISSENT in the ranks.

Most community and industry leaders weren’t having it. This Instagram post caused plus size fashion goddesses Nicolette Mason, Gabi Gregg, and Marie Denee to call out a brand publicly, on their Instagram. 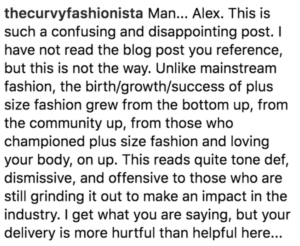 Instead of using the post to have thoughtful conversations with commenters, the folks at Universal Standard seemed to decide who to respond to by follower count.

I called the post a “Shitshow” on Twitter and was blocked from commenting on all Universal Standard accounts.  It wasn’t until Margot Meanie (a blogger with close to 40,000 followers on Instagram), pointed out that I should be unblocked that I could engage again.

Pro PR Tip:  Blocking a customer who leaves negative feedback is a bad idea.  You’ve lost a customer when they refuse to engage, but there’s always hope of salvaging a relationship when they RESPOND.

Universal Standard apologized, and most plus size folks decided to give them another chance.  Creating change isn’t easy, and it’s normal for a brand to misstep, right? 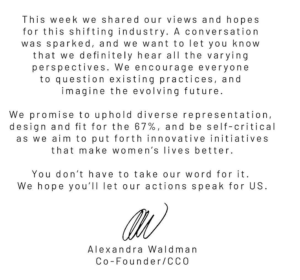 But it hasn’t stopped there.

On Instagram, the brand announced it would be expanding to straight sizes.  Not entirely sure about that business decision (aren’t there way more competitors at this price point and style in straight sizes?), but guessss I can see why a brand would want a full size range?

Naw, I really don’t get why a plus brand would expand it’s sizing DOWN, but hey, maybe Gwyneth Paltrow of Goop mandated it?  She did join investors in a $7 million dollar Series A funding round.

But then, the feedback about the post came rolling in.  The post, showing a size 14 or 16 model, where the brand congratulated itself on inclusivity, pissed me off.

• SIZES 6 – 32 START NOW • We’re continuing our march toward size inclusivity with our most beloved basic – the tee. For US this is just a pit stop. Today, the tees. May 2018, the full collection.

There are no bodies above a size 20 on the Universal Standard Instagram.  Influencers and bloggers over a size 20 have been reposted, only to find the post deleted a few days later.  The combination of copy + image shown for the announcement effectivey communicated that Universal Standard is happy to take #FatMoney, but will be darned  to highlight those body types on its website or social media.

Amber Karnes, founder of Body Positive Yoga asked, “I’m so glad you’re extending sizing but where are the models above a 16? As a size 24, I’d love to see how your clothes look on fat bodies. I can search and find pics of people but would love to see it straight from the brand.”

And other customers chimed in.

To these critiques, Universal Standard replied,  “We promise to never stop searching for editorial models that truly reflect all women.” 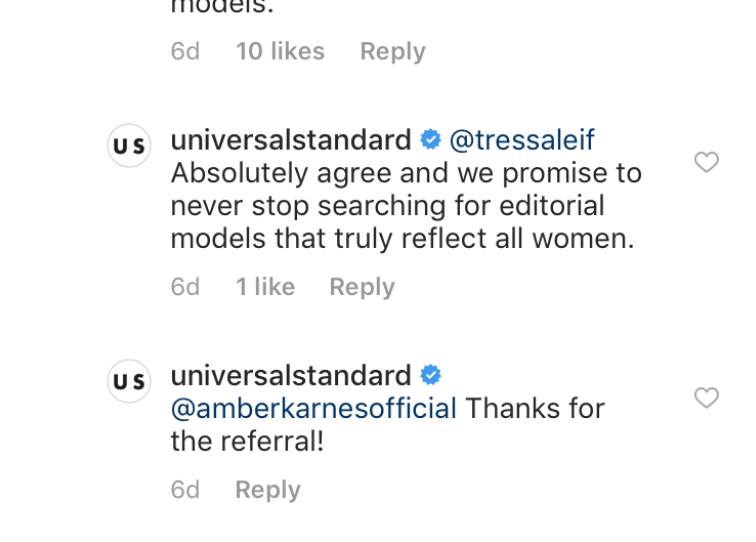 GURL, WHERE?!  WHERE ARE YOU LOOKING?

(Can we talk real quick about how working with ‘editorial’ models can easily be interpreted as only wanting models of a specific size, height and #Look?  Agencies aren’t signing models above a 14, so Universal Standard can comfortably refuse responsibility for their model choices, because “agencies just don’t have them.”  It’s all fun and games and #Disruption in coral, but when it comes to actual innovation, like finding and working with models that reflected their size range, WELL THAT REQUIRED TOO MUCH #INNOVATION.)

AND INSTEAD of going on a Twitter Rant™ about how they DID do a model search (see #1) and look how that effort to “reflect all women” turned out, I turned to my Facebook.

“Let’s try the ‘Kill Them with Kindness’ method,” I thought to myself. I asked other plus size folks to helpfully comment with the names of plus size editorial models.  Because, you know, it looked like the Universal Standard team couldn’t find any, and certainly couldn’t sign any – even after a 12 city tour. 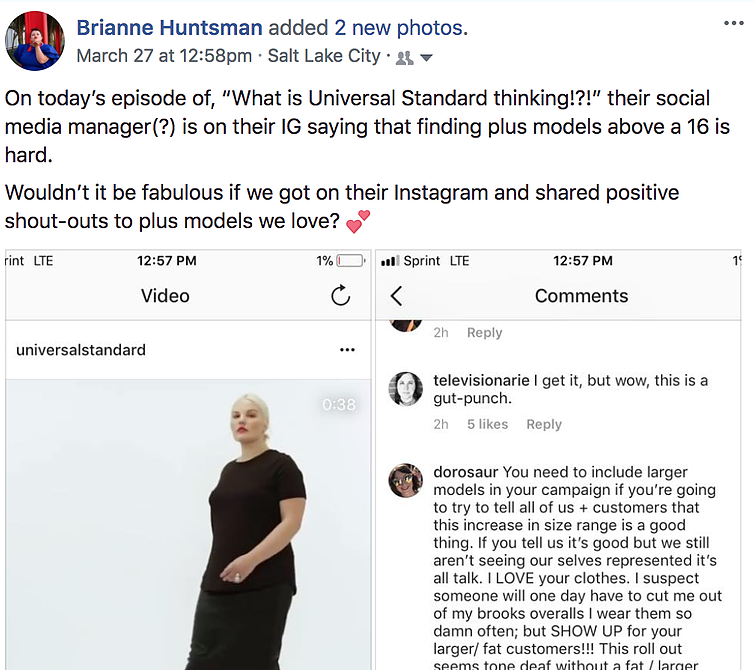 A new kind of “Tag, you’re it!” game started, with folks tagging their favorite plus size models. 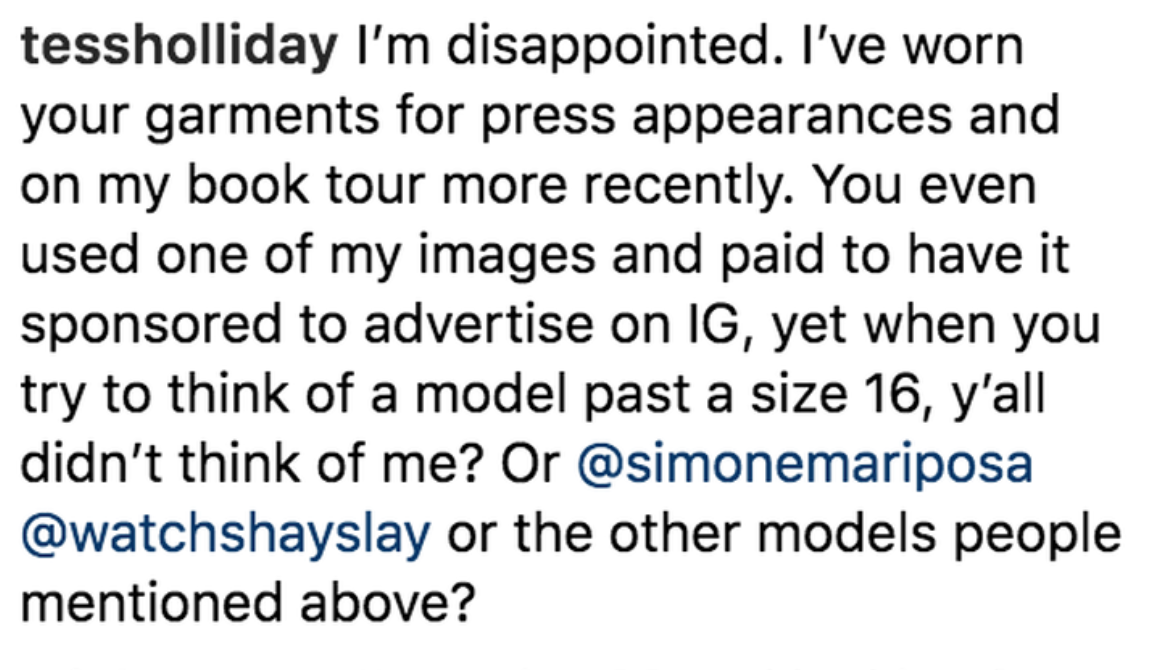 You know, Tess Holliday, the game changing plus size model who was signed to MILK.  One of the most prominent modeling agencies in the biz.

You know, the kind of agency that signs ~editorial models~.

I’m a big believer in voting with your money.  In supporting brands and designers who support you.  And while I own a pair of the Sheryl pants (and love them), I don’t see myself buying from Universal Standard any time soon.

They keep having these sort of, volcanic eruptions, where it seems they don’t want to listen to the plus community or their staff aren’t trained on their values, orrrrr they want to #Disrupt the industry but bring along sizist bullshit.

Let me reiterate:  I don’t want Universal Standard to fail.  We really need them to do us all a solid, and listen to customers, get their ethics in line, and make a TON of money so other plus brands can get funding.

Universal Standard is nothing without its customers.  Eventually, if these kerfuffle/eruptions keep happening, someone who isn’t motivated by the business of plus is going to call for a boycott (AKA SOMEONE WHO ISN’T ME).

A huge PR SH*TSHOW (yes, I use that word intentionally) of epic proportions will rain down.

Dang it to heck, y’all, their clothes are well made.

And, if Universal Standard survives, their reputation and sales likely will not.  Universal Standard is currently dominating the playing field, because no other brands have offered clothes at this price point.  This will not always be the case.

Universal Standard is first to market with their products, but my be “out innovated” by other companies who show up and listen, show true diversity, and act quickly on feedback.

I don’t want Universal Standard to fail, but it may be a metaphorical Ask Jeeves that gives way to Google.

– Educate staff about the history of the body positive movement

– Work with plus models outside of agencies, and pay them the same rates that straight sized models (with agent representation) recieve

Brands cannot expect to dress the plus customer without considering political ramifications of their branding and online marketing choices.  Plus bodies are harassed, policed and judged.  A plus brand cannot innovate or buck the status quo without understanding this as fact.

I really really hope that Universal Standard gets it together.  I hope they hire Tess or another model over a size 20 for a bomb ass editorial.  And, I hope that we, as the plus community, can start taking other major plus brands to task for the lack of representation of models over a size 20 on their websites and catalogues.

What do you think of Universal Standard’s flubs?  Is fashion anything but political?  What do you want to see from the brand? 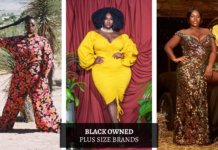 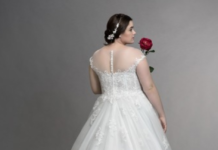 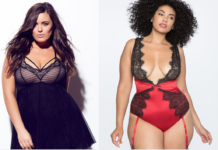 13+ Brands to Buy Plus Size Lingerie & Loungewear From