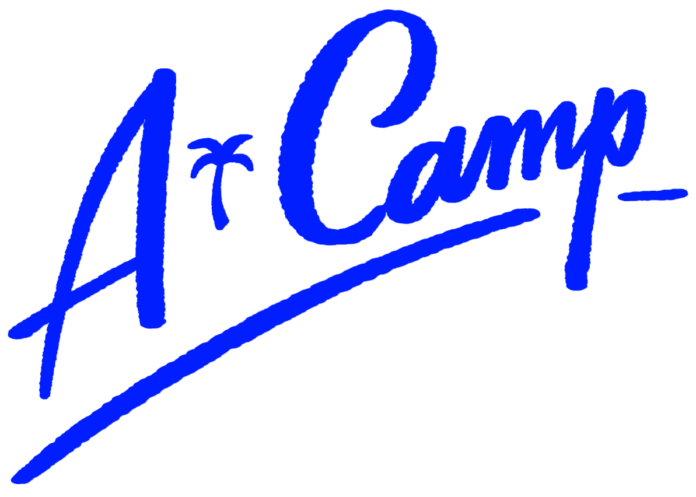 So, I wrote the first draft of this piece on my way back from A-Camp. I was thinking about the current state of indie media, and specifically AfterEllen shutting down, and Riese Barnard’s piece on Nylon what it’s like to run a media website for queer women. FAST FORWARD a few months, and it’s more critical than ever to support indpendent media

Getting My Butt to Camp

Okay, so I FINALLY, finally, FiNaLlY, got my butt to A-Camp. I’d tried three times prior to this camp, and I hadn’t been able to go, mostly because of Stanford’s academic schedule. Upon graduating, I promised myself I’d “go to the next camp,” and had to make good on that promise ~7 months earlier than expected, when Autostraddle announced a surprise fall camp. [The outfit options for a fall camp are just so much better, ya know?]

For those of you not-in-the-know, A-Camp is called “Mount Feelings” because of all of the feelings that are created when queer folks are in a queer-normative space.

I have a lot of feelings, hence this post. Here is a review of A-Camp for folks who are thinking of attending in the future, thoughts on the celebration/inclusion of trans women at A-Camp, and ALSO my take on A-Camp marketing and sponsorship (because, at the end of the day, I’m a Business Gay).

You can read this handy dandy article on the changes that took place.

This year, A-Camp took place in the Midwest at the Perlman Retreat Center and Beber Camp. Unlike the previous A-Camps, this year’s A-Camp, had WiFi && was near town. The past A-Camp site was HOURS away from cilvilization. As someone who is an avid “glamper,” I was pretty stoked about these changes. No more running short on Pepto Bismol or Malibu Rum and being SOL.

[Also, aside, I LOST MY DEBIT CARD AT THE AIRPORT. Do yourself a favor, and make sure to travel with *cash* so you don’t show up to A-Camp with $0 on accident.] 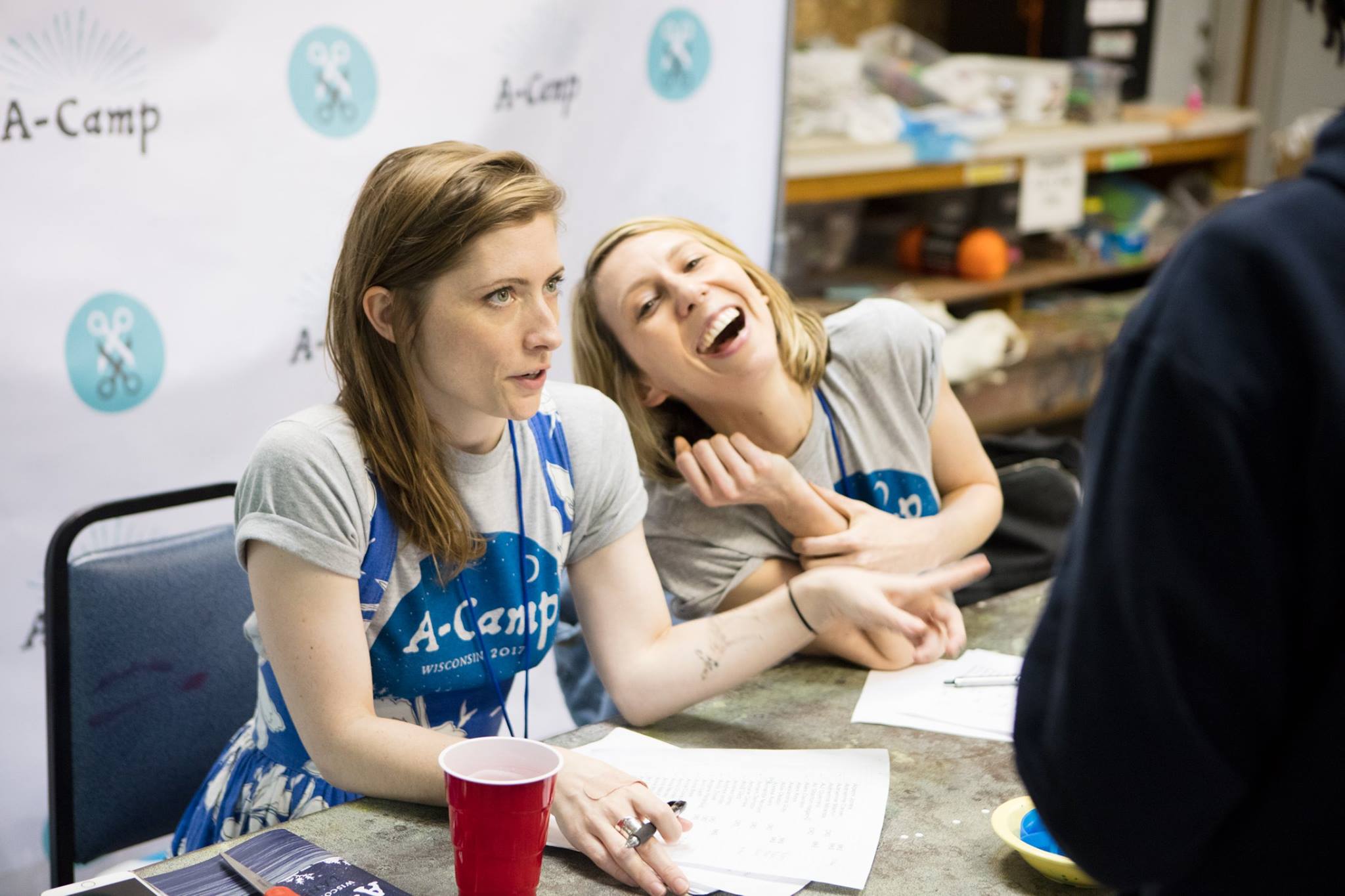 I was expecting weird/gross camp food, but it was actually pretty good. The food was served family style, which gave a good excuse to learn the names of the strangers at your table. The Perlman/Beber staff were super welcoming and overall wonderful. Folks with allergies (gluten, etc) said that they didnt’ get sick ONCE, which a) makes me glad this camp was so good at food prep but b) made me sad that they get sick every time they travel. Vegetarian and vegan food was dished separately from the family style food. Also, it was a Jewish camp — so kosher all around.

There were 5 cabins, and each cabin had around 10 rooms with bunk beds that slept six. This is authentic summer camp, folks. I preordered sheets, and slept in a hoodie and leggings, with the linens from camp. I was super warm and snuggly, but other folks slept in sleeping bags.

Also, when you register you fill out a bio about how outgoing you are, amount of alcohol you drink, sleeping habits, and other fun facts. Camp staff uses this info to create cabins. 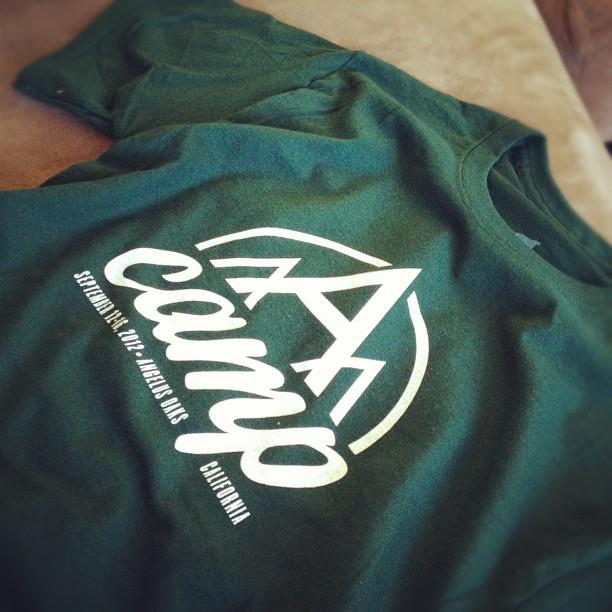 The camp was fairly wheelchair accessible with paths, but is definitely is NOT what I’d call “wheelchair friendly.” The lodge where evening entertainment didn’t have an elevator or slope that I could see, so I don’t know how that worked for folks with accessibility needs. A-Camp did have a shuttle service for folks (golf carts and vans), which was staffed by some very competent humans.

Some folks come away from camp with a bad taste in their mouths, because of the clique-ish behavior of other campers.

I follow my “Queer 85/15” rule at A-Camp, which basically states that 85% of the people at A-Camp have really positive intentions, want to be inclusive and make new friends, etc. The other 15% are weirdo people who try to create some sort of “cool kid” hierarchy, a la The Real L Word. The key is to find the 85% (odds are in your favor) and avoid the 15%.

And, if you find yourself in a cabin with The Real L Word folks, it can be pretty miserable. It’s a gamble when you show up. The Autostraddle staff are pretty good at creating cabins, but based on what I’ve heard from friends who have been — it happens. I had one friend come back for an “A-Camp Redemption” and we met IRL there, so obviously camp redeemed itself.

When you get a group of people together, they’re going to take their emotional crap to The Mountain. I’m not saying it’s okay, and I’m not saying we shouldn’t call each other out on it (we should), but let’s not pretend that A-Camp can be Queer Utopia**. (More on calling each other out in the Trans Allyship section).

Last camp (A-Camp 7.0), trans women “campers” (A-Camp lingo for attendees), brought up the outright trans-misogyny and microaggressions they had faced in the space. Autostraddle and A-campers engaged with this issue online and at A-Camp, but we still have a LONG way to go. I reached out to friends after A-Camp, and in the group, asking if they had felt welcome in the space. I got a resounding “YES!” back from ~9 trans and GNX people.

Here are the changes A-Camp staff instituted to make the space better for trans women:

Was this enough? Trans folks seemed to be split on this. I personally would like to see a structured Trans Allyship 101 workshop at A-Camp, as I had folks tell me the first time they met a trans person was at A-Camp.

If you have more thoughts on how to make A-Camp inclusive, tweet at me @ceohunty [or DM] and I’ll add them. ❤ 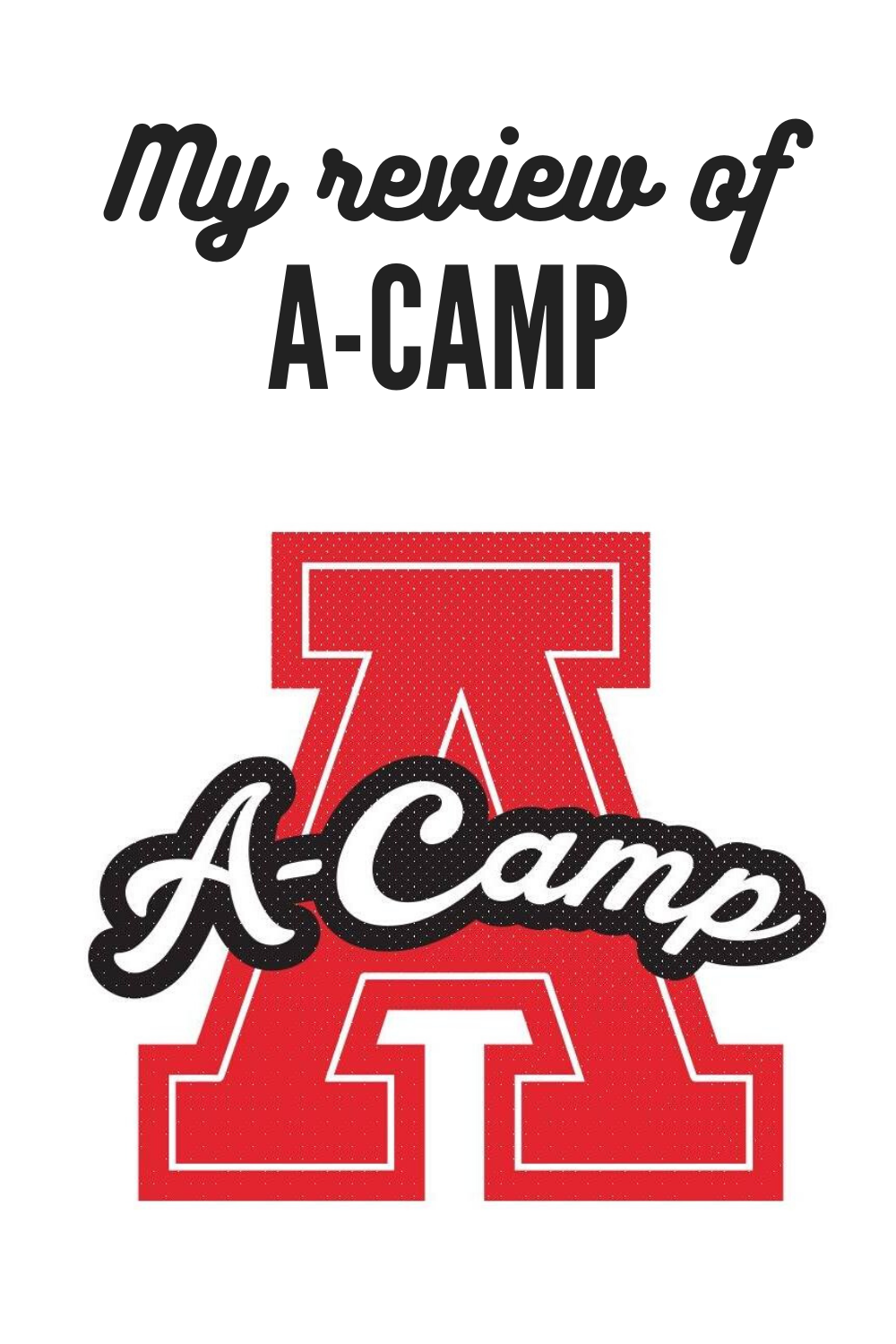 I showed up to A-Camp already knowing quite a few people (woohoo meeting internet friends IRL). Taking the shuttle is a good way to make friends, as you’ll have a 1–3 hours to chat with people on the bus, or you can get engrossed in your book if you feel awkward.

From there on out, you’ll find that everyone goes out of their way to introduce themselves. Also, you can leave platonic (and maybe love) notes in your cabin-mates pigeon holes (little mailboxes set up by AS staff).

8. Hooking Up at Camp

When I told my (straight) friends that I was going to A-Camp, and explained what it was they were like, “Oh, so this is basically speed dating for queermos?” Uhhh, no-maybe-yes-alright-it-is.

We're so excited to feature generous donations from @smittenkittenmn in our "Acsexability: Demystifying Disability and Sex" A-Camp workshop this year! Acesexability highlights just how crucial it is to make sure our conversations around sex and intimacy include the entire ability spectrum. We'll be featuring the Fascinator Throw and the Super Sex Sling in this year's workshop—perfect candidates for a conversation around more accessible sex. Thank you, Smitten Kitten! Click the link in our profile to check out their site!

But, on that note, it can be awkward to hook up with someone at Klub Deer and then realize you’ll see them the next few days. To save you the awkward run-ins at camp, may I suggest:

A-Camp consists of “blocks” of programming. There were 3–4 options per programming block, and honestly I wanted a Time Turner to be able to attend everything. My highlights were the Body Positivity Workshop, the Trans Allyship workshop and, of course, Klub Deer (nightly dance party).

Another AWESOME THING about A-Camp is how they bring in LGBTQ+ entertainers. El Sanchez is FREAKING HILARIOUS I CRIED I LAUGHED SO HARD.

There’s the brain dump, folks. Did I miss anything? Comment below, and I’ll add it in.

What to Read Next —>

Do you want more LGBT blog posts and reviews!  Check out these other posts I’ve written:

If you want to stay up-to-date on LGBT happenings, I recommend joining me on your favorite social media platform (Instagram, TikTok & Twitter!). I’d love to connect with .you! 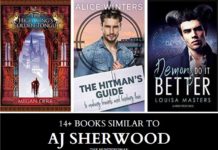 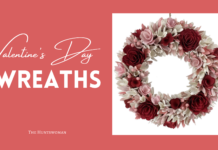 ABOUT US
The Huntswoman is an LGBT lifestyle blog dedicated to queer culture and politics, fashion, business and lifestyle. © 2022
FOLLOW US
© Newspaper WordPress Theme by TagDiv | Website Content Copyright 2022 by The Huntswoman LLC
4 shares