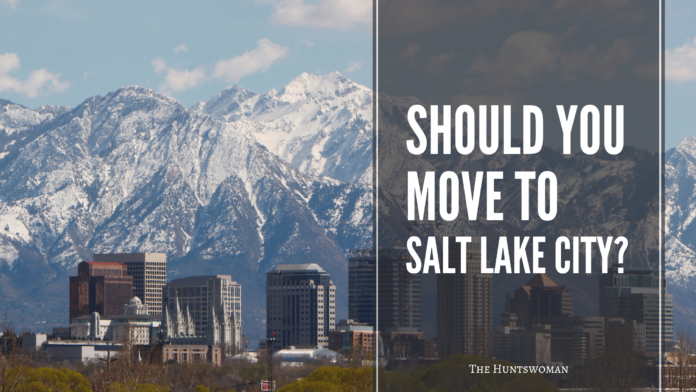 I grew up in American Fork, Utah, and WOW has this state changed in the last ten years. While I was getting my undergraduate degree at Stanford, it was fascinating (kind of weird?) to see #SiliconSlopes spring up just outside of my hometown.

I have been STOKED to see diverse and wonderful people move to the state, and I get a lot of email inquires about moving here. Questions include:

Some Background & A Note on Bias

So I’m a member of the LGBTQ+ community, and, as you can imagine, growing up in Utah wasn’t always the best. I wrote more about my experience with the Mormon church and waving a rainbow flag here.

Soooo I’m a little biased in a veryyyyy left-leaning direction. I have a bad taste in my mouth about some parts of Utah culture, so just know where you’re getting your info from! I’m biased, and I know it! But, if you’re here, chances are that you want a biased take.

Q1: Where should I live in Northern Utah?

The TL;DR here is to NOT live in Utah County. Seriously. If you plan on living in Utah County, know that you may either be ostracized by your LDS neighbors and/or deal with some very well-meaning, yet annoying, missionary outreach on their part.

“Utah County Mormons” are a different experience than Mormons outside of Utah County. While the headquarters of the LDS Church are in Salt Lake City, the cultural head is Provo, Utah, where Brigham Young University is located.

Congregations According to Geography

This has a great benefit where it’s easy for LDS folks to know their neighbors – as they see them in church every Sunday! But, it’s not-so-great for non-Mormons, as you miss out on a lot of socializing with neighbors, as you’re not spending 10+ hours a week with them at some church function.

Diving Line at “Point of The Mountain”

Okay, so Northern Utah has the TRAXX public transit system, and it goes from Salt Lake City all the way down to 1-2 hours south in Spanish Fork, Utah. It passes through the heart of Silicon Slopes, but it does NOT go over to Park City.

If we were getting coffee right now, I’d tell you (if you’re not LDS and you’re single) to move to Salt Lake City proper. At the very least, stay north of Lehi, Utah.

There’s a sort of dividing line at the “Point of the Mountain” (a spot on the I-15 freeway), and things get a LOT more conservative and kid-focused in Utah County.

The “gayborhood” or LGBT neighborhood is Sugarhouse, within Salt Lake City.

Do you have kids? Don’t move to Utah.

The first time I wrote this post, I was a little soft with this point. Second time around, I’m being more blunt.

If you move to Utah, your kids will often be “othered” or ostracized for not being Mormon.

I wouldn’t move my kids to anywhere in Utah County, and I’d think hard about Salt Lake City. I have heard many a non-LDS person (who grew up in Utah County) talk about how hard it was, and how left out and excluded they felt.

What’s with the ostracization?

LDS folks are taught not to date outside of their faith which adds a whole layer of drama to adolescence. Combine that with seminary class (LDS kids walk across the street to a church building), how much time Mormons spend on church activities, cultural bias, and well, you get non-LDS kids on the outside looking in.

I think there are some stellar LDS folks who do their utmost to include “non-member” kids, but the overall cultural experience is not great. In Utah County, I saw kids shoved mentally in with the “bad and rebellious kids,” simply because they weren’t a member. It’s like… Mormon Mean Girls.

You still may encounter this in SLC, but it’ll be toned down.

Living in Salt Lake City as a Single Person or DINK

Okay, so now that I’ve rained on your parade if you have kids, let’s talk living in Salt Lake City!

Do I need a car to live in Salt Lake City? YES!

I would absolutely get a car! If you live and work in SLC, you can probably get away without one. While TRAXX is great, its main job is connecting larger cities. Getting around will be kind of difficult.

Also, you’re going to want to get a car with 4-wheel drive for your first winter. After that, you can decide if you need one!

What do I need to know about LDS (Mormon) culture, as someone without kids? Can’t I just ignore it?

Lol, no, you can’t ignore this cultural force.

Ohhhh, wow. I can’t take you on a crash course through Mormonn culture, but here are some things to note:

Utah was settled by Mormon pioneers who were driven out fo the Eastern United States! Because of this, Utah Mormons tend to CULTURALLY prioritize working with and paying other Mormons. This is what happens when a group of persecuted people settle in the middle of nowhere!

Unlike other Christian churches, the LDS leadership is made up of non-trained or volunteer people. Sometimes in certain companies, a team member’s opinions or work will be given more weight because they are higher up in the church leadership.

When I worked in Provo, Utah, I straight up saw people (cough men) get more clout and support because they were bishops or held other leadership positions – or because their parents did. It’s bizarre.

People will also call the LDS Church “THE church.”

While the state is getting more purple, the LDS Church really controls what happens in the state legislature. Most LGBT advocacy groups lobby on two fronts, the government and “Temple Square” (where the headquarters of the LDS church are.)

And, because Mormons give 10% of their gross income to the LDS Church, social services and non-profits function quite differently than in other places.

I like to tell people that Mormon culture is 40-60 years behind the rest of the United States. The LDS church teaches that women should stay at home with the kiddos, so being a woman in the workplace can be extra ostracizing.

Also, if you’re a woman over 35, it can be more difficult to be a professional. That said, there are some prominent Utah companies, like Ancestry, that have a woman CEO.

If you’re a woman with ambitious career goals, prepare to play hardball here. Also send me a DM on Instagram if you do move here, because you’re going to need an adult beverage with someone who GETS it.

Racism in Utah – For Friends Who are BIPOC

So, fun factoid. Back when the LDS church was in its first 100. years (ish) of existence, missionaries were sent out to convert people.

When people converted, they moved to Utah! (They called this “Going to Zion.”) Because a lot of the missionary work took place in Western Europe, most people in Utah are white. Like, Wonder Bread white.

Aaaand, because there are few BIPOC in Utah, especially Utah County, Utahns commit microaggressions left and right // think that MLK solved all issues of racism in the USA.

So, Utah is about as diverse as a loaf of Wonder Bread. It’s getting better! But every time a friend from outside Utah visits me, this is one of the first things they comment on!

Because of this, a lot of adults who were raised here grew up in schools where there was maybe 2-3% non-white people. From talking with people of color who live here, there are going to be some backhanded compliments and stereotyping.

So, before you move here, I’d walk through the company building you’re going to work in and scope it out. If everyone looks like they’re going to star in a wholesome clothing catalogue from 1993, GTFO // ask for more money.

Where Do I Go to Have Fun in Northern Utah?

Great question! Park City, Utah, has a WHOLEEEE setup for skiing and snowboarding. From resorts to day trips, it’s super easy to book a weekend getaway. To get the best pricing, buy a pass before the season starts.

I’m more of a “hang out in the lodge” kind of gal, so I’d go with whatever sport seems the most appealing. If you travel to Europe a lot, you’ll probably want to learn to ski!

It can be kind of tense, to be honest. I wrote more about LDS culture and doctrine HERE, but the TLDR version is this:

The LDS faith’s #1 tenant is the sanctity of a heterosexual and cisgender marriage. Full stop.

The LDS faith’s #1 tenant is the sanctity of a heterosexual and cisgender marriage. Full stop.

In order to truly progress through a post-Earth life, one has to be married in a Mormon temple. Unlike other Christian faiths, marriage and its importance is central to the faith. Other Christians view marriage as a sacrament or a part of life. To LDS folks, marriage *is* life.

Sooooooo when people show up and do’t fit into that mold, it can get weird.

The state has made some great strides! If you’re an LGBTQ+ person thinking of taking a job in Utah, I would ask about diversity programs or groups at the org, and I’d also ask to speak to LGBTQ+ members on-staff.

You can ALSO look up sponsors for Utah Pride. Sponsoring PRIDE is a big decision for an org in Utah, and really speaks to company culture.

Should I Buy a House in Utah?
The Utah Housing Market

The Utah housing market is BANANAS. Seriously. People make offers on homes they haven’t seen! (This has likely contributed to the sucesss of a Utah home buying startup, called Homie.)

Finally: Do *I* think YOU should move to Northern Utah?

If you love the outdoors and you want to take advantage of a lower cost of living in a tech scene, come on through! Be aware of the emotional wear and tear that a more conservative population can have and demand a higher starting salary.

Be prepared for some moments where you feel like you’re in the Twilight Zone. With good humor, you’ll do just fine!

Checklist for a Move to Silicon Slopes

Moving to Utah to work in the tech scene? Here are some questions to ask:

Here are some blog posts on Utah activities and restaurants:

Want to Pick My Brain about Utah?

Do you have a job offer in Utah or are do you want to talk to someone who lives here? I own a business consulting agency, and I also work with individuals! you can book a “Pick My Brain Session” for $249, and we can spend that session discussing your potential move!

What to Read Next – Living in Utah Posts —>

Here are a few more helpful posts with tips on living in Northern Utah!

If you want to stay up-to-date on posts from The Huntswoman, I recommend joining me on your favorite social media platform  (Instagram, TikTok or Twitter). 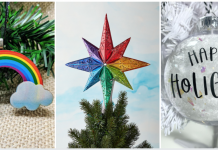 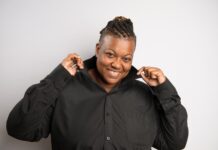 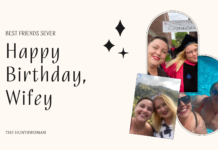 Where to Shop for Plus Size Clothes in Atlanta | 8+ Stores

The Huntswoman – Use of Affiliates

ABOUT US
The Huntswoman is an LGBT lifestyle blog dedicated to queer culture and politics, fashion, business and lifestyle. © 2022
FOLLOW US
© Newspaper WordPress Theme by TagDiv | Website Content Copyright 2022 by The Huntswoman LLC
1 shares